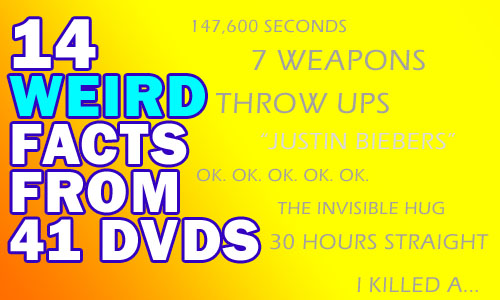 I have done it – I have decided to give away the farm. Okay, not really a farm – but everything I have ever created. You can now buy all 41 of my intense, simple, thrashing, fun, easy-to-learn-from instructional DVDs. Everything from Bo Staff, to Nunchakus, to Krav Maga is in there – and this has been a long time coming. Read on to find out some weird and interesting facts about the 41 DVD mega collection:

What are you waiting for! Go buy the 41 DVD Collection Now! Thanks! 🙂

Also, if you want to be a home study course, you can add on the three manuals (Bo, Nunchakus, and Karate) & enrollment into the course for just $50 more. You will see that as an option on the page.