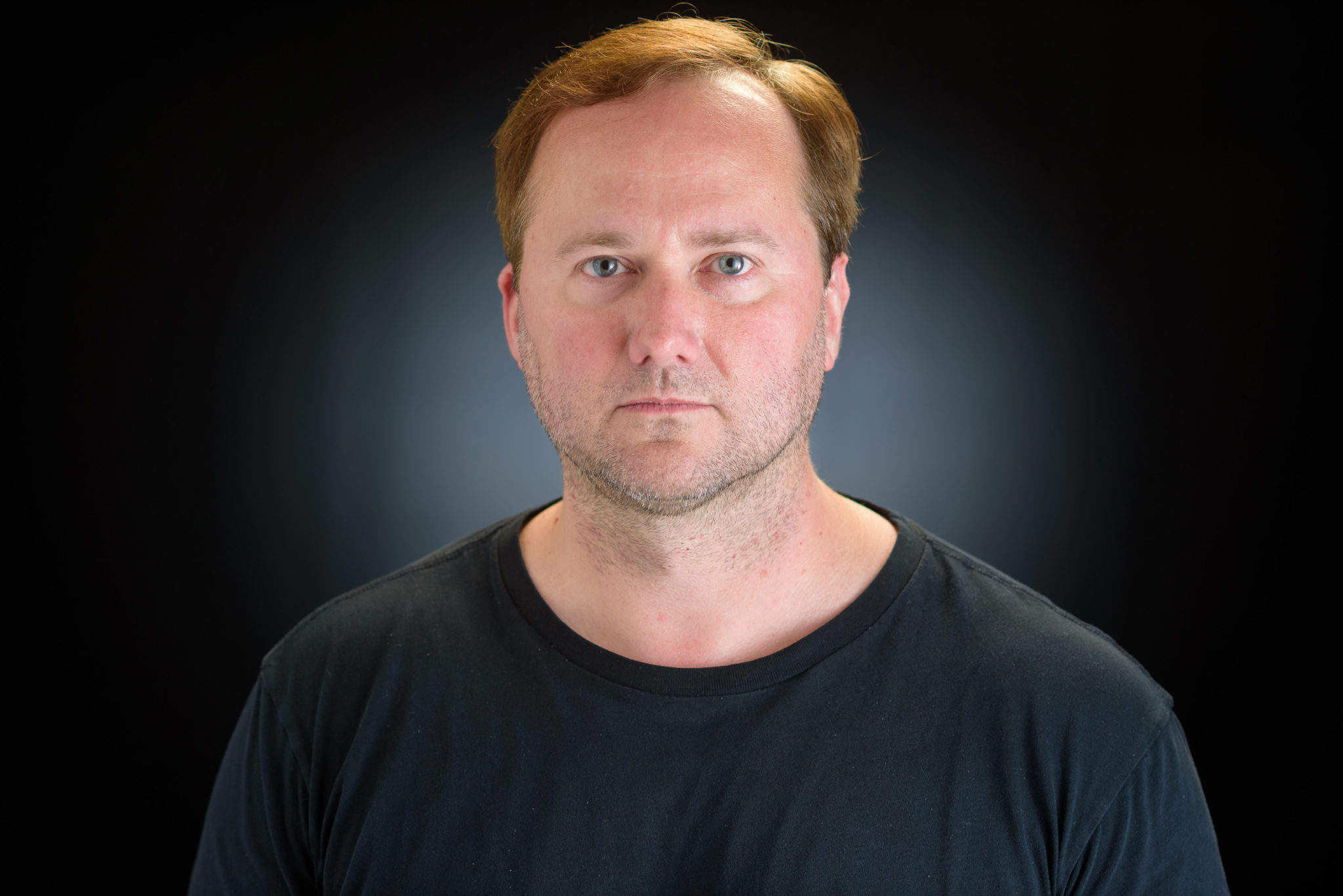 In his own words: “I began my martial arts journey at the age of eight. My father enrolled my brother and I in a Shaolin Kung Fu class at the only martial arts school in town. After ten years of training in hand-to-hand, sparring, forms, self-defense and weapons, I earned a red sash and the instructor turned the school over to me. I taught and ran the school for about a year before I got too busy with college to continue. I then took a 15-year break from training and got busy working in media, eventually going to graduate school and working as a college professor – my current profession. After the break, I started studying a number of styles, hard and soft: boxing, kickboxing, Aikido, Ba Gua, Hsing-I and Tai Chi. Now, I’m excited to be working on Krav Maga. It’s a very accessible system, which is important to me as I age and I’m less able to do the high kicks and spinning movements of other traditional styles.

Training in Total Krav Maga has been awesome! I like the flexibility of training on my own and with partners at home and in the gym. The videos are excellent. They’re detailed and easy to follow. I especially like the support from the instructors. They are always quick to respond by phone or email. The in-person instructor certification was a great experience.“

The instructors chose to Mr. Fitch for his dedication to our program, and desire to truly learn and progress in krav maga. Along with his ability to learn krav maga, and use his other martial arts experience as an advantage, rather than deterrent. 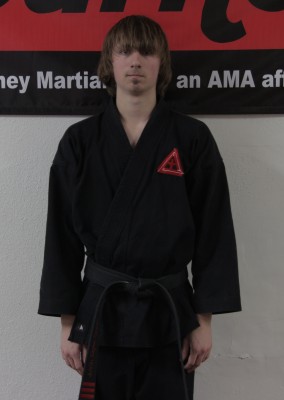 In his own words: “I am Justin Sigler-Smalz, a 21 year old from Southern California.  I started my martial arts journey when I was eight years old, and trained in traditional TaeKwonDo under Mr. Erik Wray.  From that point I regularly took classes and private lessons, and started assisting in classes when I was a Purple Belt.  In March of 2005, I earned my 1st Degree Black Belt, and became a Trainee Instructor shortly after.  In 2007, I earned my instructor certification at a testing in Birmingham, Alabama.  That same year, I earned my 3rd Degree Black Belt.  I consistently competed in tournaments from 2007 – 2010, earning gold, silver, and bronze medals in regional and national tournaments sanctioned by the International TaeKwonDo Alliance.  In 2011, I earned my 4th Degree Black Belt under Mr. Erik Wray.   That same year, just 6 months prior, I left the ITA to begin my own program under a local non-profit organization.   Journey Martial Arts in Lake Elsinore, an outreach of Journey Christian Ministries, is a martial arts program that accepts students according to their ability to pay.  In addition to the martial arts curriculum which I developed, Journey Martial Arts also has two knowledge curriculums: A character curriculum, based on martial arts tenets and life values, and a bible curriculum for Christians to strengthen their faith.  Each student can choose one or the other depending on their own personal preferences.  In May of 2011, Journey Martial Arts had its first class.  It’s been 4 years since then, and JMA is running strong.

Outside of my martial arts training and teaching, my other passions are music, comedy, and writing.  I play the drums for a band and am learning vocals and piano, and I do stand up comedy.  I hope to make careers from music and comedy.  I also love reading and writing, and I love fantasy, sci fi, and gothic fiction, and classic literature as well as lyrics and poetry.  I am also a college student who is pursuing a degree in music.  I love that in our lives we have the opportunity to pursue many different interests and passions.

What attracted me to Complete Shotokan Karate is my desire to learn a new martial art, and gain new ideas and techniques to apply to my program in order to strengthen my training and my students’ training.  However, as a martial arts instructor, class hours of other studios are always the hours I’m teaching classes.  My experience with Mr. John Hodge and Mr. Michael Hodge’s Shotokan Karate program has been fantastic. It gives plenty of resources, and does an excellent job of recovering any disadvantages one might have of training at home.  They explain the techniques and concepts in detail, and the instructors are always available to answer questions via email in case you need to verify any details.  Complete Shotokan Karate is an excellent program, and I would highly recommend the Ultimate Training Martial Arts Association for anyone who wants to train at home.“

Sensei Jon chose to highlight Justin this month for this dedication to serving his community through the instruction of martial arts and ministry work. His standout attitude and actionable mission is rare for someone of his age. 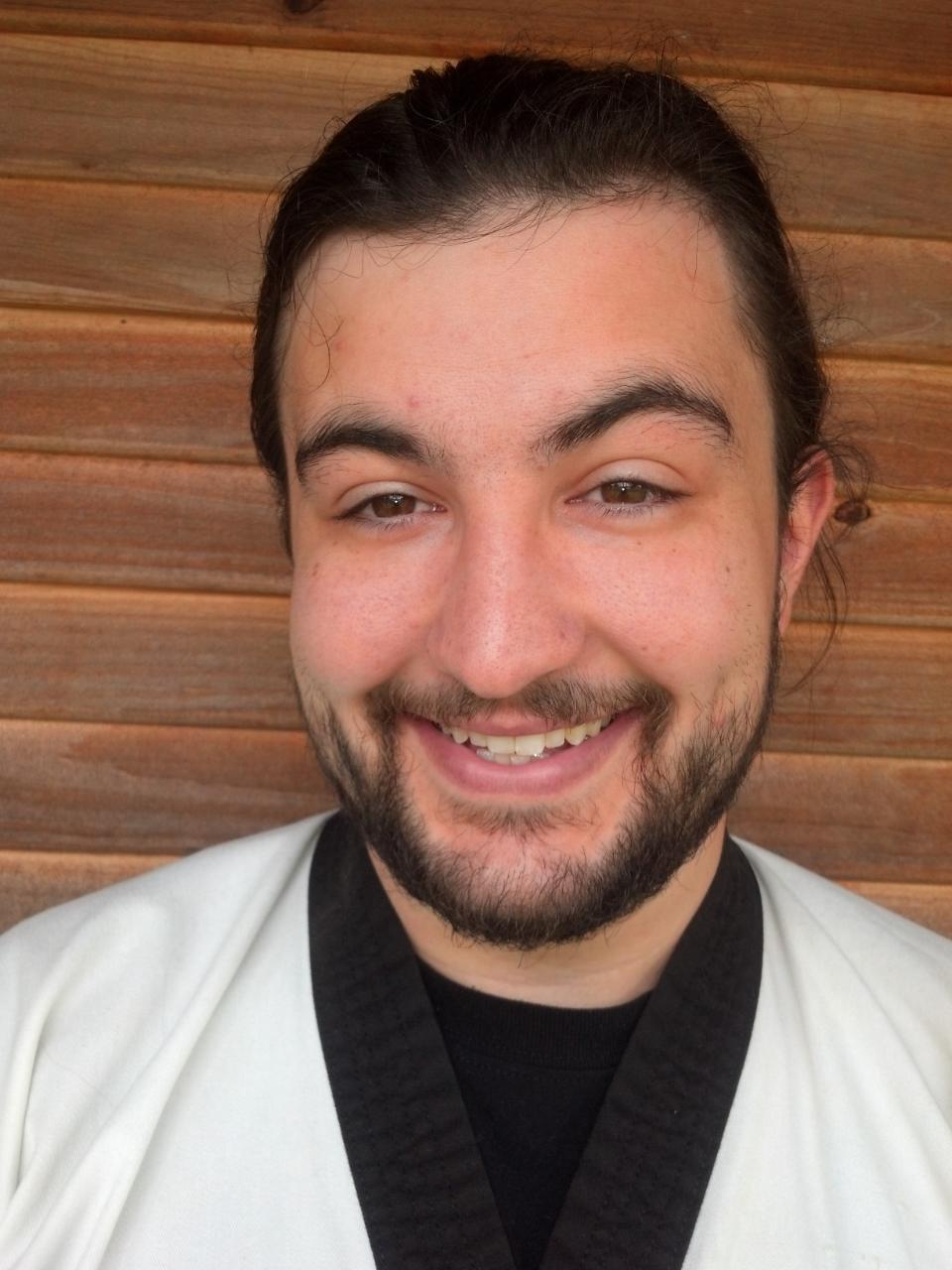 In his own words: “I started taking martial arts classes from Les Armentor as a child, started teaching classes in high school and became a full instructor my senior year. We used to be a fairly traditional school with karate and jujitsu classes, but over the past several years we have made changes to become a well-rounded mixed martial arts academy. Unfortunately, Mr. Armentor passed away in 2014, and since then, my responsibilities at the academy have increased dramatically.

I am working towards a master’s degree in linguistics, substitute teaching for the local school district, and teaching martial arts classes nightly, so training in a “regular” martial arts school to expand my knowledge is quite difficult. I started training with Black Belt at Home specifically because I wanted to learn more modern freestyle nunchaku techniques to go along with the traditional training I had received. The program is great for me, because I can train during the day or late at night when I am not teaching classes or in school. Sensei Michael is very helpful and encouraging, and I am very grateful to him for providing a service that people in all situations can benefit from.“

Sensei Michael chose to highlight Will this month due to his excellence in ultimate chuks, and obvious desire to teach and help others through martial arts.